Melbourne Convention and Exhibition Centre is superbly located on the banks of Melbourne’s Yarra River, close to the heart of the CBD and just 30 minutes from Melbourne’s International Airport. The new Convention Centre opened in June 2009 and was part of a $1.4 billion development in South Wharf that includes a Hilton Hotel, lifestyle retail precinct and shopping space.

The venue is an easy walking distance from a range of accommodation options, which will be available to delegates to book at the time of registering for the Congress.

MCEC was the first centre in the world to be awarded a 6-Star Green Star environment rating by the Green Building Council of Australia for the Convention Centre’s innovative environmental design and operational features. They also achieved their Gold EarthCheck Certification in 2016, following five years of continuous Silver accreditation. EarthCheck benchmarks their sustainability initiatives against other convention centres in Australia and by awarding them gold, has placed MCEC as a leader in a unique worldwide group of sustainable tourism operators.

Some of MCEC’s sustainable design features include:

Melbourne, the capital of Victoria, is situated on the picturesque tree-lined banks of the Yarra River. Melbourne is located on the south-east coast and is the 2nd largest city in Australia. Over 3.5 million people live in the city, which has been voted The World’s Most Liveable City on a number of occasions. It is a thriving and cosmopolitan city with a unique balance of graceful old buildings and stunning new architecture surrounded by parks and gardens. Melbourne is Australia’s leader in the arts, sport and fashion, and has some of the finest restaurants in the country.

The recent Docklands development has seen Melbourne city embrace the beauty of the Bay, converting old port authority sheds west of the city into a vibrant residential, business, sporting and entertainment precinct by the water.

For the night cats, Melbourne has the most live music venues in Australia and a burgeoning number of chic and groovy inner city bars for every level and style of socialising imaginable. Melbournians are also spoilt by the quality and range of gastronomic delights available to them. And for the shop-a-holics Melbourne fashion is the envy of many, from the Paris end of town in ritzy Collins Street to the urban cool of Chapel Street in South Yarra.

For more information on Melbourne including maps and guides, please visit www.whatson.melbourne.vic.gov.au. You can also get tailored advice once you have arrived by going to the Melbourne Visitor Centre at Federation Square, open 0900 to 1800 7 days a week. Visit Melbourne. 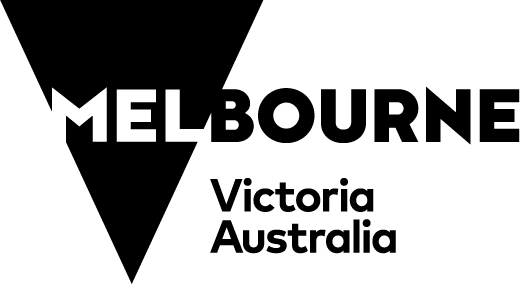